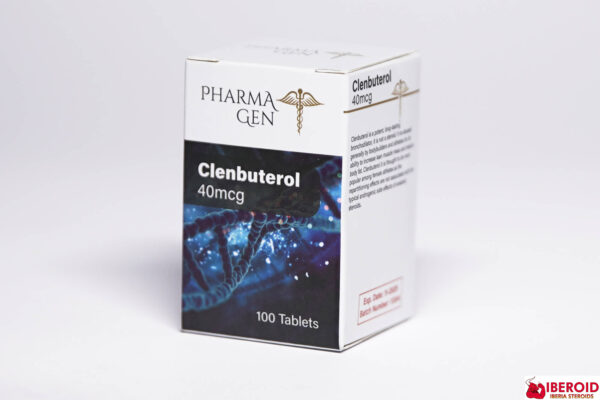 Clenbuterol, also commonly referred to as “clen”, is a stimulant used to burn off fat. It works by increasing body temperature and heat production which results in thermogenesis. It can result in unwanted side effects such elevated heart rate, dry mouth, restlessness, insomnia, severe muscle cramps and loss of appetite. Smaller doses are recommended for first-time users (starting off at 20 mcg) and increasing to no more than 200 mcgs/day. It should be used in cycles to allow the receptors to refresh themselves. For example 3 days on and 1 day off.

Clenbuterol is a widely used as a bronchodilator in most parts of the world. It is most often found in 20mcg tablets, but it is also available in a syrup as well as an injectable form.

The drug clenbuterol is specifically a selective beta-2 sympathomimetic, primarily affecting only one of the three subsets of beta-receptors. This drug has little beta-1 stimulating activity. Since beta-1 receptors are closely tied to the cardiac effects of these agents, this allows clenbuterol to reduce reversible airway obstruction (and effect of beta-2 stimulation) with much less cardiovascular side effects compared to nonselective beta agonists. Clinical studies with this drug show it is extremely effective as a bronchodilator, with a low level of user complaints and high patient compliance. Clenbuterol also exhibits an extremely long half-life in the body of approximately 34 hours. This makes steady blood levels easy to achieve, requiring only a single or twice daily dosing schedule at most.

The fat burning effect of clenbuterol can be enhanced when combined with thyroid hormones, specifically T4 and T3, where rapid thermogenesis can occur. This results in exceptional amounts of fat shredding during contest preparation, without exercising a restriction in calories. Such a combination can also be used during a steroid cycle, bringing about a much harder look than just from the anabolics alone. A clenbuterol/thyroid mix is also common when using growth hormone, which further enhances the thermogenic and anabolic effects.

Be the first to review “CLENBUTEROL – 40 MCG” Cancel reply

€30.00
STROMBAGED is the most widely recognized brand name for the drug stanozolol. Stanozolol is a chemically altered derivative of dihydrotestosterone,
Add to wishlist
Add to cart
Quick view
Compare
Close

€40.00
TAMOXIFEN contains Tamoxifen which belongs to the group of medicines called antioestrogens. It is used to treat breast cancer and
Add to wishlist
Add to cart
Quick view
New
Compare
Close

€30.00
Sibutramine is indicated for the management of obesity, including weight loss and maintenance of weight loss, and should be used
Add to wishlist
Add to cart
Quick view
Compare
Close

€15.00
S-BOL10 (Stanozolol) is one of the most popular and well-known anabolic steroids in the world. It was developed by Winthrop
Add to wishlist
Add to cart
Quick view
Compare
Close

Rated 5.00 out of 5
€20.00
Clenoged 40MCG is a popular cure for bodybuilders and other athletes. It belongs to a category of compounds known as
Add to wishlist
Add to cart
Quick view
New
Compare
Close

€5.00
Biosterol – Prohormones of a natural origin Biosterol has been prepared from local plants. It is an effective alternative for
Add to wishlist
Add to cart
Quick view